Climate change disproportionately affects the world’s poor who are in the greatest need to adapt to climate change prevention strategies, such as gender-responsive climate action. Indeed, climate change leaves women most vulnerable and at risk. Based on data from UN Women, poor women and children are up to 14 times more likely to be killed than men by a climate-triggered disaster, namely a hurricane, flood, or typhoon.

Worldwide, women and girls play crucial roles in food and nutrition security through such subsistence farming as horticulture and poultry. Also, they predominate over the world’s food production—albeit owning only less than 10 percent of the land—and depend heavily on the scarcer local natural resources triggered by climate change and disasters.

Climate-triggered disasters cause many to evacuate from their homes to a safer place. The displacement and migration cause severe impacts on developing countries and triple injustice of climate change, poverty, and gender inequality that are often overlooked.

Climate change, displacement, and migration put women and girls at greater risk of gender-based violence like rape, kidnapping, or sexual violence. For instance, in Indonesia, women in West Nusa Tenggara are vulnerable to human trafficking while many young women in the northern coast of Java are forced to be sex workers. In evacuation camps, women often face serious health risks due to limited access to basic health care, and a common case is the shortage of menstrual hygiene paraphernalia.

These gendered impacts are heavily caused by the system and socio-cultural norms as well. Globally, women are less powerful than men when it comes to resources, decision-making, technology, and training that would enhance their climate change adaptation capabilities. Women tend to have less access to information on disasters as they most likely have lower climate change literacy skills compared to men.

In many societies, women and girls have more demanding responsibilities as caretakers, preventing them from leaving homes and placing them on very limited options of mobility.  Moreover, across 193 countries, women only hold 15% of top decision-makers as ministers of environmental sectors like natural resources, water, forests, etc. The disproportion leaves gaps in a gender-based policymaking creation that can exacerbate the inequality.

Gender-Responsive Climate Action: Empower Women as Actors, Not as Victims

In gender-responsive climate action, women must hold a pivotal role as agents of change in designing, executing, and evaluating climate change adaptation strategies. Instead of seeing women merely as a victim, we must address this issue through a critical gender mainstreaming framework that not only empowers women but also amplifies their voices as the active promoters of adaptation and mitigation.

A training program for women farmers led by CARE, for example, has increased income from agricultural production by 33% and decreased food insecurity massively. The success of this program shows that when women are placed as powerful leaders and decision-makers, climate change mitigation and adaptation will also progress towards the better. To achieve such progress, consider the following recommendations: 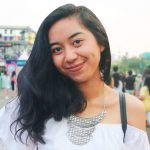 Adelia is a Contributing Author for Green Network Asia. She is a Reporter at SEA Today.