Since the realization of regional autonomy and fiscal decentralization in Indonesia, fund transfer to the regions has increased both in the amount and the percentage of the national spending budget.

Kompas newspaper (8/23) underlined this circumstance as an indication of how regions are crucial in determining national development. However, it is important to note that during the same period, development performance in almost all regions was marked by a typical problem of slowing down poverty rate reduction. In fact, not a few have gone through years with worsening poverty rates.

The effectiveness of poverty reduction in the regions is indeed influenced by many factors; the developmental budget does not come solely from APBD (Regional Revenue and Expenditure Budget). Still, APBD is undeniably a key instrument that can trigger economic growth and control inflation in the regions – two macro conditions that substantially impact poverty reduction.

Moreover, APBD can directly increase the income of low-income households (the poor and the vulnerable) by spending on empowerment or labor-intensive programs or by facilitating micro and small enterprises. Individuals, families, or households from these community groups can still obtain other benefits directly from APBD expenditures, particularly from aid or social security allocation. These programs are especially vital to mitigate risks coming from policy changes and economic instability.

The problem is that increased fund transfer to APDB does not automatically widen regional fiscal space. The discretion source of regional budget spending still emphasizes routine employee expenditure when APBD is more needed to, for example, increase the benefits and scopes of the ongoing national poverty reduction program. Naturally, it strengthens local intervention in resolving specific poverty determinants in the regions.

The problem here becomes even more complicated because even wider fiscal space does not guarantee a region’s ability to accumulate spending on key sectors in poverty reduction, such as education, health, housing, and social protection. A simple relationship pattern shows that the expenditure budget accumulation decreases as regional fiscal space gets more extensive.

The most crucial homework in regional budgeting is creating an efficient expenditure budget. Even with an assumed limited fiscal space, regions can technically improve their spending efficacy by increasing the relevance of their poverty relief activities and programs. The targets (zones, individuals, families, or households) of those activities and programs must be spot-on to maximize the benefits of APBD for the poor and the vulnerable.

Regions can achieve productive efficiency by considering best practices from other regions’ poverty reduction programs. This effort is made to upgrade the standard amount in all expenditure budget components.

In a broader perspective for allocative efficiency, regions must ensure that poverty reduction programs in each sector are a part of the whole package of policies to increase social welfare as a whole. In practice, regions must build a more extensive, more comprehensive data and information system to monitor the impacts of all programs in every sector.

Regions must also weaken intersectoral conflict of interest that usually occurs when public resources are distributed to reach a more strategic common goal.

Generally, the regional budget absorption rate at this point is still far below ideal. This is proven by how large the amount of local government aggregate savings in banks is at over 220 billion IDR per July 2017, based on the data from the Ministry of Finance.

This is a serious problem. A significant amount of the amount comes from the capital expenditure budget, which is highly needed to push regional economic growth and create jobs alongside the goods expenditure budget. A low absorption rate on its own will erase a portion of the development fund, which could have been planned for poverty reduction programs.

As a result, the significance of how APBD benefits regional poverty reduction depends on the capacity of the regional planning and budgeting institutions and the discipline monitoring of the implementation of related policy programs in the regions.

Translated into English and republished in remembering a Green Network’s friend, mentor, and advisor the late Muhammad Arif Tasrif, who sadly passed away at the age of 47 at Abdi Waluyo Menteng Hospital, Jakarta, on Monday, 28 June 2021, at 05.51 Jakarta time. 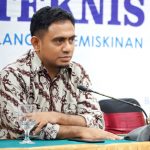 Arif was Head of the Sub-national Policy Advocacy Unit at the National Team for the Acceleration of Poverty Reduction (TNP2K), Office of the Vice President of the Republic of Indonesia.