In the past five years, there have been many communities and movements of young farmers showing concerns about Indonesian agriculture. They have grown, developed, and shared sustainable agricultural sciences with farmers in the lowest layers.

Dipa, who often voices his opinion about agriculture through the Twitter account @tanikelana, is one of the young people who care about the agricultural conditions in Indonesia. This graduate of International Relations from Universitas Gadjah Mada admits that he has been interested in agriculture since high school. Along with the learning process he is engaged in, Dipa, who is now focusing on farming in Sukabumi of West Java, sees a close relationship between agriculture and sustainable development.

Green Network had the opportunity to talk with Dipa via phone call on Monday, August 30, 2021.

You said that you happened to research the differences between rice production in Indonesia and Thailand. Can you explain briefly?

Statistically, Thailand’s population is less than Indonesia’s, so it undoubtedly affects Indonesia’s rice consumption, and unfortunately, this is also related to the trend of decreasing rice fields and other things.

Then, from a policy perspective—perhaps from the era of President Soeharto’s administration—there is no precise mapping on the direction of national rice production development. That’s the most visible. Indeed, President Soeharto started with the Green Revolution and Transmigration plan in the past. There was also the One Million Hectare Peatland policy. Still, it seemed to be running without a clear goal.

There is a program to revitalize agriculture and animal husbandry, but there is no clear strategy, partisanship, or direct formal authority.

Thaksin Shinawatra succeeded in gathering people’s voices on the government’s policy regarding rice handling that uses government funds. In Indonesia, our politicians lack an idea of using the state machine to support populist interests. However, I’m also grateful that it didn’t happen because there would be consequences for the community.

Over the past five years, have you seen any changes in Indonesia’s agricultural conditions?

If we look at the legislature, at the end of 2018, there was a Bill on Sustainable Agricultural Cultivation, a Bill on Cooperatives, and a Land Bill. Their articles were not in favor of farmers. For example, the Bill on Sustainable Agricultural Cultivation article seriously threatens the sovereignty and diversity of local seeds in Indonesia. So it is pretty clear that the existing conditions have not changed for the better.

Many urban youths don’t understand or are not interested in learning and exploring agricultural topics because they think farming doesn’t offer promising jobs. What about the youths in rural areas?

Unfortunately, yes (quite similar). If we look at the data, rice-producing areas such as Indramayu, Cianjur, and Sukabumi in West Java province have a relatively high level of rural poverty. Even tobacco-producing areas such as Kedu and Temanggung in Central Java province are also poor, even though they are tobacco farmers. It is sad to see that rural areas are one of the areas with high poverty rates. It’s all in the data, so it’s not just a myth or assumption.

Does this context also apply to vegetable and fruit farms?

Interesting. Regarding vegetables or fruit farms, there is an assumption that there is more promise there. Still, there is a fact that needs to be underlined, it is the very high market volatility. That’s why there is often a phenomenon that today’s product prices are so high, but the next day the price suddenly crashes. That means the margin for debt or compensation for farmers is also high.

In your opinion, what is the potential of urban agriculture or urban farming for food security?

Until now, one of the factors that affect food security is the long distance distribution of fresh products from producers to consumers. Thus, urban farming would be one of the important aspects to improve the food systems. However, in this context, we also need to observe who are the actors behind urban farming. If the actors remain only the same group of individuals who own lands or large capitals, and the farming which is built remains using only an industrial farming model, then it won’t make a difference in solving the food security problem.

If we see urban farming as a social movement that opens many job opportunities for the urban poor society, or to establish a solidarity food system, then this can be seen as an alternative or hope. There are a lot of potentials available to be explored.

Ideally, what kind of urban farming model could be part of the solution for limited available lands in cities?

An example was once offered by Cuba, a country with quite a high level of urbanization. In one period of history, they experienced a food crisis that prompted their citizens to convert vacant land in cities into agricultural land.

The areas were not large, only one corner of the land in hospitals, schools, or government-owned buildings. They utilized limited areas as agricultural land. Then, the industrial agriculture concept of using chemicals was were then changed to organic farming—they called it Organopónicos. Collectivity was a crucial process of Organopónicos, a kind of institution like a cooperative. Such a model has not been practiced in our cities in Indonesia.

In such a context, the land in cities is indeed limited, but we can always find one whether at home or in an empty parking lot of no more than 100 meters square in size. In South Jakarta, West Jakarta, or Tangerang alone, there are still lots of lands like this, enough to utilize for vegetable production.

If Agrarian Reform as a policy has not been effective, is it possible for citizens to contribute from the bottom up?

Very possible! Moreover, in the scope of local politics, it is possible to encourage regulations related to tenurial aspects or pro-farmer agrarian aspects.

Outside of formal politics, we can also seek to change the tenure scheme. For example, the thing that Mohamad Shohibuddin, an IPB lecturer, proposed regarding the agricultural waqf scheme. Abandoned lands whose owners have social alignments can donate their land for productive agriculture. That thing is very doable because we also see the trend of philanthropy in society today.

As one kind of Islamic law embraced by the majority of citizens in the country, the concept of waqf has a very strong legitimacy and influence, especially when compared to the national law. We often see that land initially intended for agriculture often later turned into a shophouse. However, when this is in the form of waqf land for agriculture, I think people don’t dare enough to misuse or change the purpose of the land. I think the concept of waqf can encourage people around to defend the land.

It is also essential for farmers and plantation producers to network with relatives who have land resources; to build networks of social solidarity.

Earlier, you mentioned that the distribution from producers to consumers is one of the obstacles. How can the household sector contribute and address the problem?

The key is one: institutional. Often farmers and consumers go their separate ways. In contrast, in the concept of Community-Supported Agriculture (CSA), one farmer can grow various types of vegetables and then supply them to households. For example, they plant vegetable A, then next week vegetable B, and so on.

In this context, the maximum distance still needs to be clarified. Later, we will also talk about carbon footprint emissions and the vegetables’ quality if the distribution distance is too far.

That’s why institutions play an essential role, including understanding the demand, commodities, and markets. An example that often happens is the distribution of dragon fruit from Banyuwangi or chili from Jember in East Java province, which only focuses on sending them out to Jakarta.

How to apply a responsible supply chain in the context of agriculture?

There is a change in cultivation patterns that are more environmentally friendly. For example, rice is known as one of the producers of methane gas. It is possible to apply the System of Rice Intensification (SRI) to change planting management to become mini-methane.

In terms of distribution distance, it won’t be easy to make it sustainable if sending rice from Papua for supply in Java still happens. It is important to address fair trade in the distribution process.

What is the role of cooperatives here?

Farmers usually do not have money and assets, so this is a weakness in regulating sustainable cropping patterns. Cooperatives can collect resources, either from farmers or consumers. It helps to achieve that sustainable cultivation, for example, in the procurement of warehousing and processing of crops.

The most crucial role of cooperatives is mapping the market, building distribution institutions, and ownership of assets and equipment together to reduce costs.  It will be challenging for poor farmers to walk alone, which often happens within the government. Poor farmers face hardships, but the government tells them to do everything themselves.

Can you explain a little about the Kayahara Space?

Ruang Kayahara is a community that I founded with some of my friends, and it’s in Sukabumi. We want to establish an institution or cooperative that focuses on improving the cultivation and processing of agricultural products. The concept is like Co-Working Space for digital workers, but we adopted it as Co-Farming Space. The land is an experimental garden, an alternative workplace for young people, a place where young farmers are born and grow together. While gardening (and other pioneering work), we can apply suitable technology in farming and share some knowledge with other farmers. However, we are currently on hiatus.

What are your hopes for the government?

A lot! The government has many opportunities and powers to solve this structural problem by improving regulations such as Agrarian Reform, land access, tenure schemes, infrastructure improvements, and logistics plan—it will help farmers. Often we forget that they are impoverished by the system. So many policies and programs can be carried out by the civil movement and the government together.

As individuals, what is the least we could do?

First, support pro-farmer initiatives. Such as establishing a CSA, buying directly from farmers, or buying from traders who share profits with farmers.

Second, sharing knowledge with farmers is also essential—for example, knowledge about machine automation, pests control, disease cure, or fertilizers usage. There are many gaps that pro-farmer sympathizers can tap in to address problems in those areas. 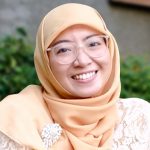