In 2009, Universitas Indonesia (UI) noticed that world university rankings didn’t necessarily give credit to universities that reduced their environmental impact, despite the action being necessary. Existing grading systems on sustainability at that time were pretty exclusive, serving only a group of universities. UI found the need to develop a grading system that can be inclusive to measuring sustainability in thousands of universities worldwide. The institution then launched a ranking system in 2010 to serve that purpose, called “UI GreenMetric World University Rankings.”

Today, more than one decade after the launch of UI GreenMetric, the ranking system has received a significant improvement in participation from universities across the world. In 2020 alone, the initiative managed to rank 912 universities from 84 countries. This number is almost a 1000% increase compared to the participation of 95 universities in 35 countries in 2010.

“As a member of IREG Observatory on Academic Ranking and Excellence, UI GreenMetric is the first ranking in the world that has established a Voluntary Standard for improving university infrastructure and action towards sustainable universities worldwide,” says Professor Ari Kuncoro, President of Universitas Indonesia, in his letter for university leaders to join the 2020 UI GreenMetric World University Rankings.

UI GreenMetric ranks universities worldwide using 39 indicators in sets of 6 criteria; 1) setting and infrastructure, 2) energy and climate change, 3) waste management, 4) water, 5) transportation, and 6) education and research. The scoring is designed to be numerical to allow ranking; hence, universities could learn about their sustainability performance relative to their peers. Hopefully, the results will guide university leaders to develop and implement eco-friendly policies and programs in their respective institutions, particularly because the measurements reflect issues that require changes in the behavior of academic communities.

Participation in UI GreenMetric World University Rankings is free and easy. UI invites universities worldwide to take part in the initiative to advance the sustainability agenda in higher education. Universities keen to participate only need to register via the website or email and submit data required for the ranking online. Team UI GreenMetric will aggregate the final score and publish the rankings by the end of the year in December.

Benefits by participating in UI GreenMetric include and are not limited to opening access to the global network, learning about the respective institutions’ sustainability performance, learning, sharing, and networking about best practices in sustainability policies and programs, and being part of a platform for future cooperation among universities whose mission is to make the world a better place through sustainable university practices. 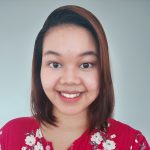 How Unilever Transforms Its Business with Unilever Sustainable Living Plan

How Unilever Transforms Its Business with Unilever Sustainable Living Plan