Photo by Nothing Ahead from Pexels

Advocates with the Association Concerning Sexual Violence Against Women – a Hong Kong-based charity – said that the group handled 133 cases related to image-based sexual abuse in 2020, more than three times the figure in 2019, prior to the pandemic.

Similarly, in Indonesia, the National Commission on Violence against Women stated that as many as 510 cases of online gender-based violence were reported throughout 2020. This figure increased from 126 cases in 2019.

Along with the rise of cases, advocacy groups have started campaigns to raise awareness about the issue. It is heartening to slowly see more and more people realize the significance of the issue.

It is also reassuring to see how parts of society are slowly moving from collectively blaming the victim (for being “careless” and “too trusting”) and carelessly sharing the leaked materials. Some have started to be on the victim’s side and acknowledge how the blame fully lies on the perpetrator.

Purple Code, an Indonesia-based feminist collective, pointed out that non-consensual distribution of intimate images, as with other gender-based violence, is often carried out as an attempt to perpetuate the hierarchy of power, namely control and domination over the victim – not revenge.

Erika Rackley, Professor of Law at Kent Law School, says she believes it was a term used by Hunter Moore. He was the founder of ‘Is Anyone Up?’, the first website that allowed users to post explicit photos of other people without their consent, accompanied by personal information such as their names and addresses. Moore refused to take the pictures down, proudly calling himself a “professional life ruiner” and was eventually sentenced to only two years in jail.

The fact that the term originated from a perpetrator calls into question how ethical it is to continue referring to such cases as so.

Towards More Inclusive and Accurate Terminology

Now, you might be wondering, “Then what should I call this form of violence?”

Non-consensual distribution of intimate images is far more complex than the “ex-lover revenge narrative”. Research conducted by Nicola Henry and Asher Flynn found the diverse ways in which non-consensual imagery is shared within multiple online communities. The term “image-based sexual abuse” was coined to address the many forms.

Labeling and understanding these practices as sexual offenses are essential to ensure appropriate support and protection for victims. For example, reforming the law to grant victims anonymity to encourage them to come forward and report their cases. Using this term may also hopefully limit the media and society’s harmful framing of these cases away from victim-blaming narratives. 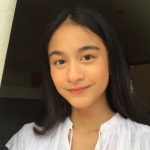