Rice has a long history in Indonesia. In the era of kingdoms, rice was an aristocratic food served among kings, brahmins, and notable merchants. During the Dutch colonial period, it was eventually used as a political tool and became food for ordinary people.

Around 1861-1871, the Dutch colonists noted that rice cultivation in Indonesia was not profitable. This observation was echoed in the book “Rice Cultivation in Java” (1986) by Sajogyo & William L Collier. It stated that the recorded total loss of rice cultivated in 21 cities was worth 5,775 tons of gold. This loss occurred not only due to farmers biting more than they could chew but also to low productivity.

Now, rice has become a part of Indonesian culture as a staple food, and its production is the cornerstone of every presidential regime’s ambitious bid for food security. Every year, the government budgets trillions of rupiah worth of subsidies for fertilizers, seeds, and other agricultural infrastructures such as irrigation and dryers.

Environmentally, rice might be the most polluting grain, emitting twice as much harmful gases as wheat. For millennia, rice farmers in Indonesia have relied on the practice of flooding paddy fields to stop weeds from growing. However, cultivating rice in flooded conditions generates up to 12% of global methane emissions, a gas blamed for about one-quarter of global warming caused by humans.

A 2018 analysis from the Environmental Defense Fund revealed that rice farming could have the same short-term damaging effect on global warming as 1,200 coal power plants. The amount is equivalent to the long-term annual carbon emissions from fossil fuels in Germany, Italy, Spain, and the UK combined.

Meanwhile, health-conscious consumers are starting to give up rice for “healthier” carbohydrates with a lower glycemic index to prevent diabetes.

According to LMC International, in Indonesia, the share of carbohydrate calories from rice decreased up to 10% every year as the income per capita increased from 1961 to 2013. It’s possible that as people get wealthier, they tend to eat more alternative carbohydrates besides rice.

Time to move on

There is a consensus that rice’s per capita consumption will fall over time at the global level. Asia’s contribution to the world rice demand will decrease to 13%, while Africa’s will double from 6% to 15%.

It’s time. We should no longer be so obsessed with the idea of rice as our staple food. Given that rice consumption generally declines as income rises and rice production is environmentally harmful, focusing our food security policy on rice production does not seem to make sense.

Indonesia has various land-based and sea-based food resources. Food diversification is possible and in demand.

The Indonesian government should allocate more attention and resources to producing other food crops and horticulture. Food security has four main points to be successful: availability, access, utilization, and sustainability.

On food diversification, the government must start from the fundamental: the diversification of land use policy to transform farmers or agribusinesses from a mono-sectoral approach to diverse food farming activities. An example can be seen in Uzbekistan’s 2020 plan to reduce wheat production and enhance other alternative food production.

The next step is on the farm level. We still lack high-quality seeds for alternative food sources. The seed diversification R&D program must be conducted massively.

To accelerate this effort, the government can open a Public-Private Partnership (PPP) to increase the high yield and affordable subsidized seed program. This program must be promoted based on local wisdom, food preferences, and local food resources every region has.

Another crucial matter is making the harvest products affordable and accessible. The supporting function, especially the logistics, is a serious concern. Data from the Indonesian Cold Chain Association Report in 2019 shows that Indonesia’s cold chain is still underdeveloped. Vegetables and fruits are the major drivers of food loss and surged-price across the supply chain.

To take care of this, the government can create a cold chain & agriculture logistics infrastructure project that should benefit all stakeholders along the value chain. One proposal is to create a holistic wholesale market and logistic center to serve local and external needs. Due to reduced post-harvest losses, this infrastructure will foster the production of horticultural crops and fisheries products.

Lastly, the focus must go to the general public. We need powerful and continuous nationwide programs and campaigns to undo hundreds of years of socio-cultural “brainwashing” on rice.

We can start from the household level by repromoting the “dining table revolution” campaign on the new public dietary guidelines. These new guidelines can be inserted on various health items, places, and even factory cafeterias.

It is indeed a Herculean task. So, let’s start small! 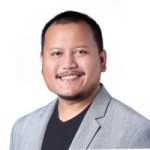 I Dewa Made Agung Kertha Nugraha

Dewa is the Founder of Indonesia Food Security Review & Setara Agritech. He is also a Research analyst at Carbonesia.